The Impact of the Pandemic on Zoos & Wildlife Parks.

Now, I’m about to state the obvious, so prepare yourselves… this last year has seen our lives change in so many ways. If we could invent a Doc Brown style time-travelling car and nip back to early 2020 to warn our past selves what was coming, we’d never have believed it. There’s hardly a single aspect of life as we once knew it that hasn’t been altered. 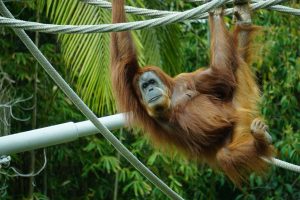 I won’t lie, some aspects have actually been quite enjoyable – more of a focus on family time, a slightly slower pace of life, the opportunity to appreciate moments that may have once passed us by – but many of the effects of both Coronavirus itself, and the successive lockdowns imposed to control its spread, have been devastating. And it’s not just us humans who’ve been affected…

My little man Jesse is growing up fast and I was thinking recently about when he’d be able to experience one of the childhood pleasures that we all once took for granted: a day out at the zoo. These fun, fascinating trips provide an enchanting opportunity to introduce kids to animals outside of their usual sphere of experience. The joy on a child’s face as they watch a monkey swing, the awe of witnessing a tiger climb a tree, or the hilarity of seeing an elephant poo (yep, kids love a to see a huge poo!) is just magical. I have fond memories of zoo visits from being a child, as I’m sure many of us do.

What has lockdown has meant for zoos?

Well, the obvious one is the fact that no-one’s been able to visit! And, no ticket sales means a vast reduction in income for zoos which still have sky-high daily running costs. I mean, we all know that keeping an animal comes with a certain financial commitment, but multiply kitty’s food and care costs up to the size of an elephant or three…well, it’s enough to make your eyes water. While zoos have done what they can to streamline costs over the past year by furloughing some staff and sadly making redundancies, there’s still a great deal of work and animal care that must continue day in, day out, regardless of whether they’re are open to the public or not. I mean, Leo the lion’s got to eat, Gerald the giraffe still needs veterinary treatment and Larry the lizard won’t be impressed if you even contemplate turning his heater down. Brrrr…

ZSL (Zoological Society of London), the conservation charity which operates both London and Whipsnade Zoos, estimates a loss of approximately £26 million during the course of the pandemic to date.

And, while public generosity has resulted in donations of around £7 million, there’s still clearly a huge dent in their budget. The cost of feeding the animals alone is around £1 million per month across both sites.

The impact of lockdown goes beyond the lack of funds, though. The animals in zoos and wildlife parks are used to having visitors and many thoroughly enjoy the daily interaction and observation. You think it’s just us watching them? Ha! While you’re admiring their colours and being entertained by their antics, they’re doing exactly the same. Many animals have hugely missed this and, used to being stimulated by people, are suffering from lockdown loneliness – something that keepers are working hard to combat by entertaining them. As with us all, it’s likely to take the animals a little time to get used to crowds again once restrictions are eased. 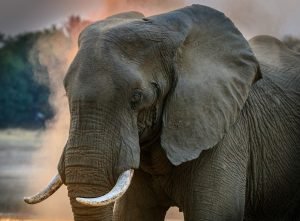 Zoos and wildlife parks are about much more than just showing animals to the public (or the public to the animals, though). Over and above being visitor attractions, many operate as conservation charities and work in partnership with other organisations and charities worldwide to protect endangered species from extinction, conducting vital research and breeding programmes.

This work has also been affected by the pandemic, due to the lack of funding and also travel restrictions. A planned move of Asiatic Lions from ZSL London Zoo to Schwerin Zoo in Germany, to make room for a new mate for London’s male lion, Bhanu, has been delayed due to travel restrictions, according to a BBC report. With only an estimated 450 Asiatic lions left in the wild, breeding programmes like this are crucial for the survival of the species. In addition to this, reports suggest that poaching has seen an increase since the pandemic began, further threatening endangered species in the wild.

Another well-known wildlife institution, Edinburgh Zoo, is having to consider whether it will be able to afford to renew the £1 million-a-year lease of giant pandas from China after the financial impact of its temporary closure, which could dash hopes of successfully breeding Yang Guang and Tian Tian in the UK. Their ‘Saving Wildcats’ partnership project – the last hope for wildcats which are on the brink of extinction in the UK – has also seen its EU funding affected by Brexit, adding to the zoo’s woes.

Good news on the horizon:

The positive news is that there’s a potential date for reopening zoos in the not-too-distant future. If all goes to plan, the Government’s ‘roadmap’ suggests that zoos and wildlife parks should hopefully be able to welcome visitors once again from 12th April, a date that won’t be a moment too soon for these organisations. In a recent video appeal the Godfather of Natural History himself, Sir David Attenborough, urged the public to show support to conservation charities such as ZSL, stating it’s “vital in driving forward a vision of a world where wildlife thrives.”

So, when lockdown finally begins to ease and you’re once again able to leave the house and enjoy some much-needed freedom, consider a trip to the zoo. Supporting them by visiting when it’s allowed (or making a donation in the meantime) really could help them to secure a safe future not only for the animals in their care, but for many other endangered species around the world.

(Sorry-not-sorry for the earworm!)